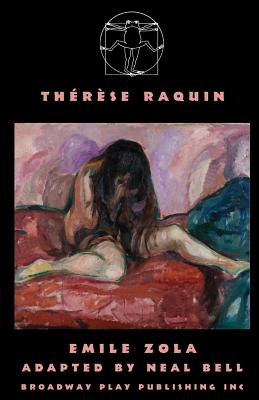 Translated and edited with a preface by Edward Vizetelly

Therese Raquin is the daughter of a French sea-captain and an Algerian mother. After the death of her mother, her father brings her to live with her aunt, Madame Raquin, and her valetudinarian son, Camille. Because her son is "so ill," Madame Raquin dotes on Camille to the point where he is selfish and spoiled. Camille and Therese grow up side-by-side, and Madame Raquin marries them to one another when Therese is 21. Shortly thereafter, Camille decides that the family should move to Paris so he can pursue a career.

Therese and Madame Raquin set up shop in the Passage du Pont Neuf to support Camille while he searches for a job. Camille eventually begins working for the Orleans Railway Company, where he meets up with a childhood friend, Laurent. Laurent visits the Raquins and decides to take up an affair with the lonely Therese, mostly because he cannot afford prostitutes any more. However, this soon turns into a torrid love affair.

They meet regularly and secretly in Therese's room. After some time, Laurent's boss no longer allows him to leave early, and so the two lovers have to think of something new. Therese inspires the idea of killing Camille. They eventually drown him on a boat trip, though in defending himself Camille has bitten Laurent on the neck. Madame Raquin is in shock after hearing the disappearance of her son and everybody believes the story of an accident. But Laurent is still uncertain about whether Camille is truly dead and frequently visits the mortuary, where he finally finds the dead Camille. Therese has nightmares and is very subdued, so Michaud--one of the regular visitors of the family--comes up with the idea that Therese should marry again and that the ideal husband would be Laurent. They marry but they are haunted by the memory of the murder they had committed. They have hallucinations of the dead Camille in their bedroom every night, preventing them from touching each other and quickly driving them insane. Laurent, who is an artist, can no longer paint a picture (even a landscape) which does not in some way resemble the dead man. They also have to look after Madame Raquin, who suffered a stroke after Camille's death. Madame Raquin suffers a second stroke and becomes completely paralyzed (except for her eyes), after which Therese and Laurent reveal the murder in her presence during an argument.