The Servant of Two Masters (Paperback) 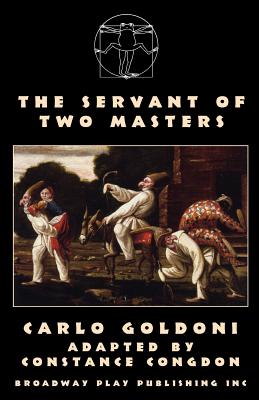 The Servant of Two Masters (Paperback)


Usually Ships in 1-5 Days
(This book cannot be returned.)
Goldoni's eighteenth-century masterpiece is an enduring story of love, passion, and mistaken identity. Young Venetian Clarice can't marry her lover, Silvio. She had been betrothed to Rasponi, who appears to have returned from the dead to claim her. But the Rasponi who appears is actually Beatrice, Rasponi's sister who is in disguise as her brother and has come to Venice to find her suitor, Florinda. Complications arise when a servant greedily seeks employment with both the disguised Beatrice and Florinda and spends the rest of the play trying to serve two masters while keeping the two unaware of the other's presence. The play is based on the Italian Renaissance theater style, Commedia dell arte, and reinvigorated the genre, which is so heavily based on carnival, while bringing to it an element of realism, mishaps, mix-ups, confusions, disguises and mistaken identity that come with the style. ..". madcap farce, heroic romance, operetta and dramatic dueling with a feminist slash. Goldoni's simple but convoluted story turns on two sets of lovers, two impossible fathers and manipulative servants ... As adapted by Constance Congdon, this SERVANT jumps from formal language and fractured Latin gags to familiar phrases ('sweet bird of youth' and 'a palpable hit') to American slang ... a silly, stylish tour of comedy's infinite variety." -Malcolm Johnson, The Hartford Courant ..". freshly funny ... wickedly goofy, sometimes bawdy delight." -Hartford Advocate.