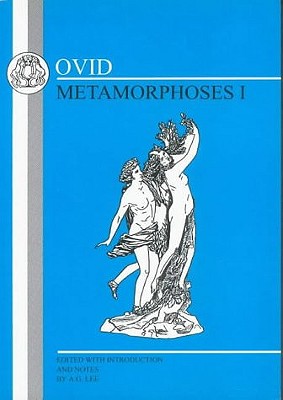 The first book of Ovid's Metamorphoses contains an interesting variety of material. It begins with myths related to the creation of the world and man, decline from the golden age, the flood and the story of Deucalion and Pyrrha. In the second half it deals primarily with two main metamorphosis myths - Apollo's love for Daphne and the story of Io.

Guy Lee's edition, first published by CUP in 1952, supplies a detailed commentary of explanatory notes (with useful index) and, separately, a number of critical notes on teh readings adopted by his text. the substantial introduction deals with Ovid himself, with the Metamorhposes and Ovid's other works; there is also a practical section on the Ovidian hexameter and, as one might expect from an editor who is himself a consummate translator of Latin poetry, a sensitive section on translations of the Metamorphsoses (especially Golding, Sandys and Dryden).
A.G. Lee was Emeritus Fellow of St. John's College and University Lecturer in Classics at Cambridge.