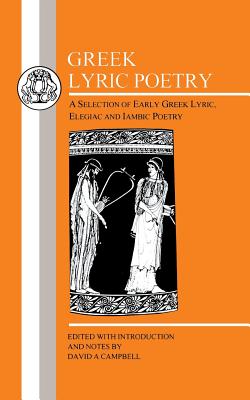 This edition provides a full and representative selection of all early Greek lyric (omitting Pindar, who requires his own volume), elegiac and iambic poetry. First published in 1967 in the 'red Macmillan' series, it was reprinted by BCP in 1982 with addenda to the bibliography and an appendix reproducing a text of three substantial 'new' papyrus fragments by Archilochus, Stesichorus and Alcaeus. The extensive commentary gives assistance with matters of dialect and language, Homeric and Hesiodic comparisons, interpretation, content and metre. The book serves as an introduction to the poetics of the Greek archaic period - from the mid-seventh to the early fifth century BC - the 'bridge' between Homeric epic and Attic tragedy.

David A. Campbell is Emeritus Professor of Greek and Roman Studies at the University of Victoria, Canada.