Cry Like a Man: Fighting for Freedom from Emotional Incarceration (Paperback) 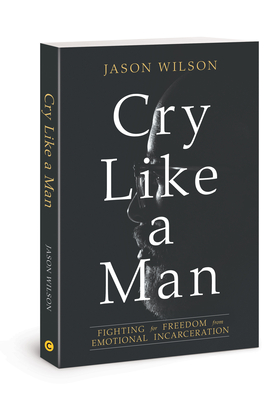 Cry Like a Man: Fighting for Freedom from Emotional Incarceration (Paperback)


Usually Ships in 1-5 Days
As a leader in teaching, training, and transforming boys in Detroit, Jason Wilson shares his own story of discovering what it means to “be a man” in this life-changing memoir.

His grandfather’s lynching in the deep South, the murders of his two older brothers, and his verbally harsh and absent father all worked together to form Jason Wilson’s childhood. But it was his decision to acknowledge his emotions and yield to God’s call on his life that made Wilson the man and leader he is today.

As the founder of one of the country’s most esteemed youth organizations, Wilson has decades of experience in strengthening the physical, mental, and emotional spirit of boys and men. In Cry Like a Man, Wilson explains the dangers men face in our culture’s definition of “masculinity” and gives readers hope that healing is possible.

As Wilson writes, “My passion is to help boys and men find strength to become courageously transparent about their own brokenness as I shed light on the symptoms and causes of childhood trauma and ‘father wounds.’ I long to see men free themselves from emotional incarceration—to see their minds renewed, souls weaned, and relationships restored.”

Jason Wilson is the director of the Cave of Adullam Transformational Academy (CATTA), a program of The Yunion nonprofit organization he founded in 2003. The CATTA has been featured on The Dr. Oz Show, Today, and CNN. In addition to more than twenty years of training and developing young men, Wilson is a faithful husband of twenty years and a proud father of two beautiful children.

“The souls of men are begging to cry and it’s time to release the pain. Cry Like a Man is a key that Jason Wilson is using to unlock the door for men of all ethnicity to release that pain through tears, transparency, and love rather than through fighting, unresolved anger, and abuse.”

“Jason Wilson is a gift to our nation that’s enslaved by a dangerous and ridiculous understanding of masculinity. He’s coaching us how to rear real men who know that emotions empower us, growing our capacity for courage, love, faith, hope, and so much more. As the Irish proverb says, ‘Never trust a warrior who cannot cry.’ He’s creating a new kind of warrior. Learn from him. Support him. Join him.”
— Paul Coughlin, founder and president of The Protectors

“I am so excited about Jason Wilson’s new book, Cry Like a Man. Through personal stories and lessons that apply to all, Wilson shows us the power of connecting with our emotions in an increasingly disconnected world. This is a must-read for any brother seeking to better understand what he feels and why and for any sister seeking to discern the same.”
— Joshua Dubois, CEO of Values Partnerships

“Jason Wilson writes a new narrative in the hearts of our black boys, one that liberates them to be the whole beautiful human beings God designed them to be.”
— Trabian Shorters, founder and CEO of BMe Network

“Growing up playing football, you are taught to never show weakness. No matter what the situation was, I was told to always ‘be a man’ and suck it up. Unfortunately, that mentality forced me to bottle up my emotions, causing some long-term negative effects and conflicts in my life. Jason Wilson is leading the way to freedom from emotional incarceration.”
— Reggie Bush, Heisman Trophy Winner; Super Bowl Champion