The Origins of Macho: Men and Masculinity in Colonial Mexico (Paperback) 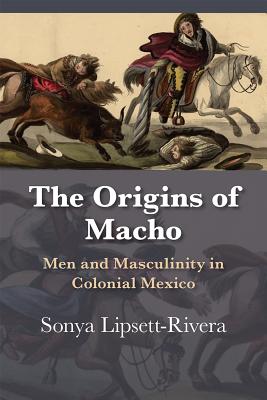 The Origins of Macho: Men and Masculinity in Colonial Mexico (Paperback)

With limited resources to contextualize masculinity in colonial Mexico, film, literature, and social history perpetuate the stereotype associating Mexican men with machismo--defined as excessive virility that is accompanied by bravado and explosions of violence. While scholars studying men's gender identities in the colonial period have used Inquisition documents to explore their subject, these documents are inherently limiting given that the men described in them were considered to be criminals or otherwise marginal. Nineteenth- and twentieth-century resources, too, provide a limited perspective on machismo in the colonial period.

The Origins of Macho addresses this deficiency by basing its study of colonial Mexican masculinity on the experiences of mainstream men. Lipsett-Rivera traces the genesis of the Mexican macho by looking at daily interactions between Mexican men in the seventeenth and eighteenth centuries. In doing so she establishes an important foundation for gender studies in Mexico and Latin America and makes a significant contribution to the larger field of masculinity studies.