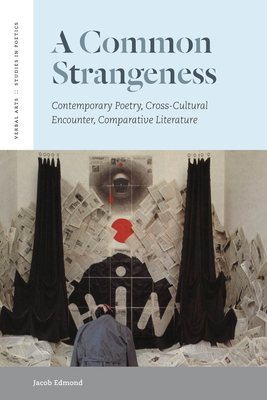 Why is our world still understood through binary oppositions--East and West, local and global, common and strange--that ought to have crumbled with the Berlin Wall? What might literary responses to the events that ushered in our era of globalization tell us about the rhetorical and historical underpinnings of these dichotomies?

In A Common Strangeness, Jacob Edmond exemplifies a new, multilingual and multilateral approach to literary and cultural studies. He begins with the entrance of China into multinational capitalism and the appearance of the Parisian fl neur in the writings of a Chinese poet exiled in Auckland, New Zealand. Moving among poetic examples in Russian, Chinese, and English, he then traces a series of encounters shaped by economic and geopolitical events from the Cultural Revolution, perestroika, and the June 4 massacre to the collapse of the Soviet Union, September 11, and the invasion of Iraq. In these encounters, Edmond tracks a shared concern with strangeness through which poets contested old binary oppositions as they reemerged in new, post-Cold War forms.
JACOB EDMOND teaches English at the University of Otago, New Zealand.