Black and White in Colour: African History on Screen (Paperback) 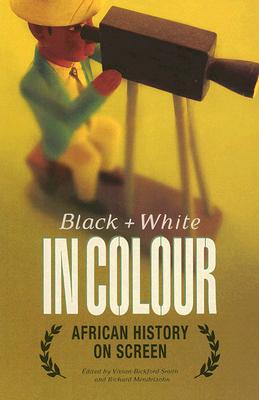 Black and White in Colour: African History on Screen (Paperback)

Black and White in Colour: African History on Screen considers how the African past has been represented in a wide range of historical films. Written by a team of eminent international scholars, the volume provides extensive coverage of both place and time and deals with major issues in the written history of Africa. Themes include the slave trade, imperialism and colonialism, racism, and anticolonial resistance. Many of the films will be familiar to readers: they include Out of Africa, Hotel Rwanda, Breaker Morant, Cry Freedom, The Battle of Algiers, and Chocolat.

This collection of essays is a highly original and useful contribution to African historiography, as well as a significant addition to the growing body of work within the emerging subdiscipline of “film and history.” It will appeal to those interested in African history and the ways in which films use the past to raise questions about the present.

Vivian Bickford-Smith is a professor in the Department of Historical Studies at the University of Cape Town. He is the author of Ethnic Pride and Racial Prejudice in Victorian Cape Town.

Richard Mendelsohn is the head of the Department of Historical Studies at the University of Cape Town. He has published extensively on South African Jewish history, and together with Vivian Bickford-Smith, has pioneered teaching and research in film and history.

“Invaluable for teachers of African history courses who want to make use of film.... There is something here to make everybody think and see more clearly.”—Terence Ranger, International History Review

“For those who wish to use film in their classes on the continent, Black and White in Colour is close to required reading. Some of the topics that are touched upon as the contributors cover the continent from Algeria to South Africa includ

“A most informative study, covering a wide spectrum of filmmakers and histories, and poised to remain the most comprehensive work on the subject for a long time. The book is extremely valuable for graduate interdisciplinary courses and those teachi