How to Dress a Fish (Paperback) 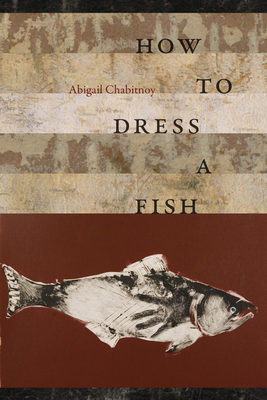 How to Dress a Fish (Paperback)


Email or call for price
Poetry that crafts a prismatic vision of Nativeness at the intersection of language, history, family, and identity

In How to Dress a Fish, poet Abigail Chabitnoy, of Aleut descent, addresses the lives disrupted by US Indian boarding school policy. She pays particular attention to the life story of her great grandfather, Michael, who was taken from the Baptist Orphanage, Wood Island, Alaska, and sent to Carlisle Indian Industrial School in Pennsylvania. Incorporating extracts from Michael's boarding school records and early Russian ethnologies--while engaging Alutiiq language, storytelling motifs, and traditional practices--the poems form an act of witness and reclamation. In uncovering her own family records, Chabitnoy works against the attempted erasure, finding that while legislation such as the Alaska Native Claims Settlement Act reconnects her to community, through blood and paper, it could not restore the personal relationships that had already been severed.
ABIGAIL CHABITNOY (Amherst, MA) is a member of the Tangirnaq Native Village in Kodiak, Alaska. Her poems have appeared in Hayden's Ferry Review, Tin House, Gulf Coast, Pleiades, Tinderbox Poetry Journal, Nat. Brut, Red Ink, and Mud City. She is an assistant professor at UMass Amherst.