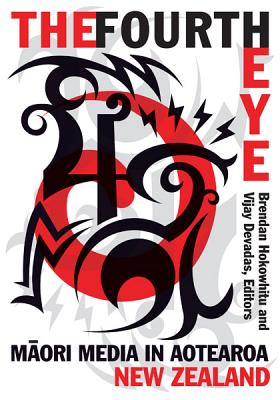 From the signing of the Treaty of Waitangi between Indigenous and settler cultures to the emergence of the first-ever state-funded Māori television network, New Zealand has been a hotbed of Indigenous concerns. Given its history of colonization, coping with biculturalism is central to New Zealand life. Much of this “bicultural drama” plays out in the media and is molded by an anxiety surrounding the ongoing struggle over citizenship rights that is seated within the politics of recognition. The Fourth Eye brings together Indigenous and non-Indigenous scholars to provide a critical and comprehensive account of the intricate and complex relationship between the media and Māori culture.

Examining the Indigenous mediascape, The Fourth Eye shows how Māori filmmakers, actors, and media producers have depicted conflicts over citizenship rights and negotiated the representation of Indigenous people. From nineteenth-century Māori-language newspapers to contemporary Māori film and television, the contributors explore a variety of media forms including magazine cover stories, print advertisements, commercial images, and current Māori-language newspapers to illustrate the construction, expression, and production of indigeneity through media.

Focusing on New Zealand as a case study, the authors address the broader question: what is Indigenous media? While engaging with distinct themes such as the misrepresentation of Māori people in the media, access of Indigenous communities to media technologies, and the use of media for activism, the essays in this much-needed new collection articulate an Indigenous media landscape that converses with issues that reach far beyond New Zealand.

Brendan Hokowhitu is dean of the faculty of native studies at the University of Alberta. He is coeditor of Indigenous Identity and Resistance: Researching the Diversity of Knowledge.