Journey to the West: A Play (Paperback) 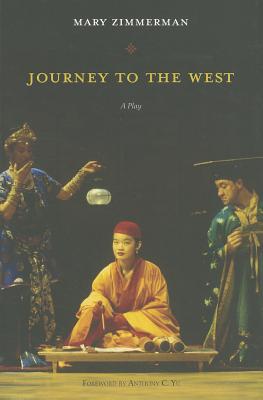 Journey to the West: A Play (Paperback)


Email or call for price
This adaptation of a late sixteenth-century classic Chinese comic novel, Journey to the West, based on Anthony C. Yu’s translation, takes as its point of departure the true story of a seventh-century monk and his fabled pilgrimage from China to India in search of sacred texts. Mixing whimsy with spiritual weight, Zimmerman’s script combines comedy, adventure, and satire in a moving allegory of human perseverance.
Mary Zimmerman is a professor of performance studies at Northwestern University. She has adapted-directed Metamorphoses, The Notebooks of Leonardo da Vinci, The Odyssey, The Arabian Nights, Eleven Rooms of Proust, and Journey to the West. Mostly recently she directed and wrote the libretto for Galileo Galilee, the new opera by Philip Glass, which premiered at the Goodman Theatre. In 1998, she was the recipient of a MacArthur Fellowship, and in 2002, she won the Tony Award for Best Director. She has also been awarded the Sarah Siddons Society Great Women of American Theatre Award, the Northwestern Alumnae Award, the Chicago Drama League Award, and many others. Zimmerman is a Manilow Resident Director at the Goodman Theatre and an ensemble member of Chicago's Lookingglass Theatre Company.

"Part vaudeville, part mystical dreamscape and Eastern-inflected ballet, Zimmerman's meticulously choreographed production is a fabulous balancing act that stunningly juxtaposes the rambunctious energy and low comedy of a Wizard of Oz-like trip with the lyrical beauty of Chinese poetry and the mysterious revelations of a religious search. There is not a second in the show that does not contain a character-revealing gesture, an awe inspiring sense of nature, or a dazzling example of the artist's gift for invention." --Chicago Sun-Times