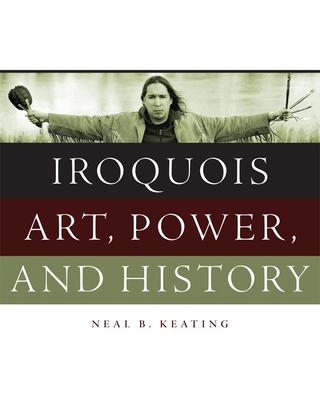 By Neal B. Keating

In this richly illustrated book, Neal B. Keating explores Iroquois visual expression through more than five thousand years, from its emergence in ancient North America into the early twenty-first century. Drawing on extensive archival research and fieldwork with Iroquois artists and communities, Keating foregrounds the voices and visions of Iroquois peoples, revealing how they have continuously used visual expression to adapt creatively to shifting political and economic environments.

Iroquois, or Haudenosaunee, peoples have long been the subjects of Western study. From the seventeenth to the nineteenth century, European and Euro- American writers classified Iroquois works not as art but as culturally lower forms of expression. During the twentieth century, Western critics commonly rejected contemporary Native art both as art and as an "inauthentic" expression of Indianness. Keating exposes the false assumptions underlying these perceptions. Approaching his subject from the perspective of an anthropologist, he focuses on the social relations and processes that are indexed by Iroquois visual culture through time, and he shows how Iroquois images are deployed in colonized contexts.

As he traces the history of Iroquois art practice, Keating seeks a middle road between ethnohistorical approaches and the activist perspectives of contemporaryartists. He is one of the first scholars in Iroquois studies to emphasize painting, a popular art form among present-day Iroquois. He conceptualizes painting broadly, to include writing, incising, drawing, tattoo, body painting, photography, videography, and digital media. Featuring more than 100 color and black-and-white reproductions, this volume embraces a wide array of artworks in diverse media, prompting new appreciation--and deeper understanding--of Iroquois art and its historical and contemporary significance.