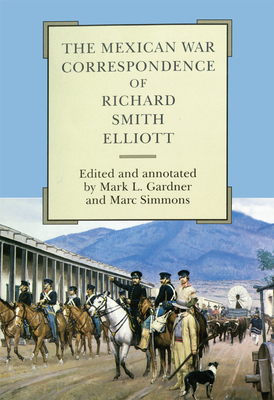 When General Stephen Watts Kearny's Army of the West marched into Santa Fe, New Mexico, on August 18, 1846, Richard Smith Elliott, a young Missouri volunteer, was included in its ranks. In addition to Lieutenant Elliott's duties in the Laclede Rangers, he served as a regular correspondent to the St. Louis Reveille. An entertaining and educated observer, Elliott provided readers back home with an account of the grueling march over the famous Santa Fe Trail, the triumphant entry of the army into Santa Fe, the U.S. occupation of New Mexico, and the volunteers' eventual return to St. Louis.

Noted southwestern scholars Mark L. Gardner and Marc Simmons present here, for the first time, all of Elliott's letters published in the Reveille under his nom-de-plume, John Brown, using passages from his autobiography for the same period to fill in a break resulting from a few missing letters. Also included are Elliott's literary sketches, drawn from his Mexican War experiences and the people he met and served with.