Outside the Box Origami: A New Generation of Extraordinary Folds: Includes Origami Book with 20 Projects Ranging from Easy to Complex (Hardcover) 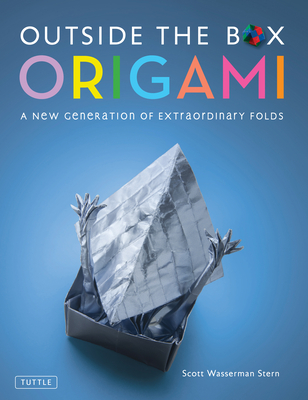 Outside the Box Origami: A New Generation of Extraordinary Folds: Includes Origami Book with 20 Projects Ranging from Easy to Complex (Hardcover)


Coming Soon - Available for Pre-Order Now
This step-by-step origami book features models that range from simple to complex--all with a touch of creativity and whimsy. Outside the Box Origami features a mix of single-sheet and modular origami models accompanied by beautiful photos and easy-to-follow diagrams. The offerings range from geometric models like the Starburst and Wreath to more adventurous and organic models such as When Pigs Fly The book culminates with Folding Outside the Box--a challenging single-sheet model that depicts two hands reaching out of a box folding a piece of origami paper. Since the origami projects start out simple and progress towards more difficulty, this makes a great origami for beginners guide and is a great way to learn origami Origami projects include:
Scott Wasserman Stern has been folding origami since he was three years old. He has been an active member of the Origami Club of Pittsburgh and a regular attendee of OrigamiUSA's national convention in New York City. Scott lives in Pennsylvania.