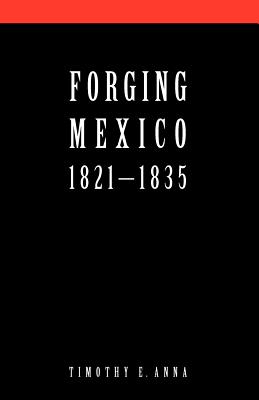 
Usually Ships in 1-5 Days
(This book cannot be returned.)
Timothy E. Anna is Distinguished Professor of History at the University of Manitoba. His books include The Mexican Empire of Iturbide (Nebraska 1990).

"Anna's book is not a simple narrative history of Mexico's turbulent first decade of independence. Instead, the author uses the time period as the basis for a highly detailed analysis of federalism as it relates to nation building. Anna offers extensive evidence to show that Mexican federalism and provincialism were deeply rooted in the Spanish colonial system; thus, they came to play a pivotal role in the debate leading to the formation of the newly independent nation."—Choice

"It is precisely the forging of the first Mexican federal republic (1824), its creation and decline, which is one of the main objectives of this major revisionist study. . . . Anna stresses the need to make a distinction between what federalism meant in the United States and Canada and what it meant in Mexico. It also becomes crucial to incorporate the full diversity of players in Mexico's history, to analyse the interplay between national and regional history in a federal republic, and to understand fully the significance of the years between 1810 and 1830."—International History Review

"Anna strongly engages the reader. . . . [Forging Mexico] will be of especial benefit to historians interested in making linkages between historical developments and issues across North America."—American Historical Review