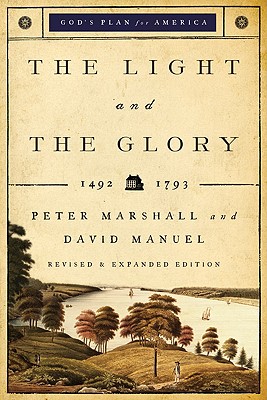 
Usually Ships in 1-5 Days
Did Columbus believe that God called him west to undiscovered lands? Does American democracy owe its inception to the handful of Pilgrims that settled at Plymouth? If, indeed, there was a specific, divine call upon this nation, is it still valid today?

The Light and the Glory answers these questions and many more for history buffs. As readers look at their nation's history from God's point of view, they will begin to have an idea of how much we owe to a very few--and how much is still at stake.

Now revised and expanded for the first time in more than thirty years, The Light and the Glory is poised to show new readers just how special their country is.
Peter Marshall (1940-2010), a graduate of Yale University and Princeton Theological Seminary, was a nationally recognized speaker on Christian growth and maturity and on America's Christian heritage. David Manuel (1936-2013), a graduate of Yale University, was the author or coauthor of several books, including Like a Mighty River and The Jesus Factor.