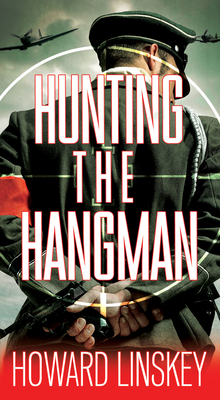 
Email or call for price
What an entire army couldn’t do, two men must: take out the Butcher of Prague.


Operation Anthropoid has been engaged.

1941. The Third Reich is at its zenith. Its protector is Reinhard Heydrich, the most merciless senior figure in Hitler’s inner circle, and the Fuhrer’s eventual successor. Under Heydrich’s oppressive command, thousands of lives have already been erased in Czechoslovakia’s capital. It’s only Heydrich’s first ruthless step in service to the German people. Heydrich’s ultimate endgame is the Final Solution. But under the cloak of night, the resistance conspires as well.

Trained in subterfuge by the British Special Operations, Josef Gabcik and Jan Kubis are unfailingly dedicated soldiers. Now, as committed allied agents they’ve been tasked with an audacious and seemingly impossible mission: parachute into an occupied city in lockdown, rally the remaining Czech rebels, and assassinate one of the most dangerous men alive. Outmanned against insurmountable odds, Gabcik and Kubis have no choice but to succeed. The fate of Europe and the world is in their hands.

“Reads like the new The Day of the Jackal—swift, deadly, game over!”
—John Ellsworth, USA Today bestselling author of The Point of Light

“A heart-pounding thriller from cover to cover. I couldn’t put it down.”
—James D. Shipman, author of Task Force Baum

Howard Linskey is best known for his David Blake crime novels and his DS Ian Bradshaw mystery series. Harry Potter producer David Barron optioned a TV adaptation of The Drop, which was voted one of the Top Five Thrillers of the Year by The London Times, while The Damage was voted one of their Top Summer Reads. He now also writes historical thrillers set during World War II, including Ungentlemanly Warfare and Hunting the Hangman. Visit him online at HowardLinskey.co.uk.