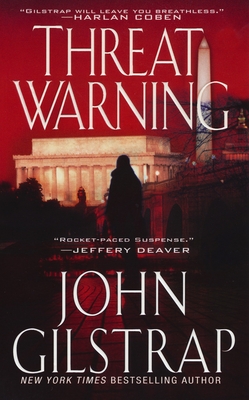 This is book number 3 in the A Jonathan Grave Thriller series.

In his most terrifying thriller yet, New York Times bestselling author John Gilstrap exposes the darkest threat to America's freedom, a secret society of merciless killers, watching and waiting to strike. . .

The first victims are random. Ordinary citizens, fired upon at rush hour by unseen assassins. Caught in the crossfire of one of the attacks, rescue specialist Jonathan Grave spies a gunman getting away--with a mother and her young son as hostages. To free them, Grave and his team must enter the dark heart of a nationwide conspiracy. But their search goes beyond the frenzied schemes of a madman's deadly ambitions. This time, it reaches all the way to the highest levels of power. . .

"TAUT, ACTION-PACKED, AND IMPOSSIBLE TO PUT DOWN." --Tess Gerritsen

"SURPRISING AND SATISFYING." --The Denver Post
John Gilstrap is the New York Times bestselling author of the Jonathan Grave thriller series and other fiction and nonfiction. His novel Against All Enemies won the award for best paperback original of 2015 given by the International Thriller Writers. His books have been translated into more than twenty languages. An explosives safety expert and former firefighter, he holds a master’s degree from the University of Southern California and a bachelor’s degree from the College of William and Mary in Virginia. He lives in Fairfax, Virginia. Please visit him on Facebook or at www.johngilstrap.com.