A Cowboy for Keeps (Paperback) 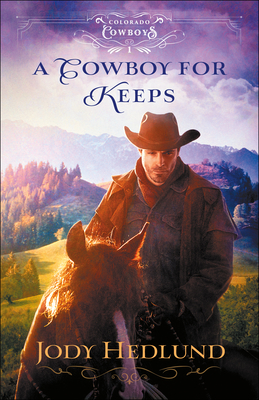 A Cowboy for Keeps (Paperback)


Usually Ships in 1-5 Days
Greta Nilsson's trip west to save her ailing little sister, Astrid, could not have gone more wrong. First, bandits hold up her stagecoach, stealing all her money. Then, upon arriving in Fairplay, Colorado, she learns the man she was betrothed to as a mail-order bride has died. Homeless, penniless, and jobless, Greta and her sister are worse off than when they started.

Wyatt McQuaid is struggling to get his new ranch up and running and is in town to purchase cattle when the mayor proposes the most unlikely of bargains. He'll invest in a herd of cattle for Wyatt's ranch if Wyatt agrees to help the town become more respectable by marrying and starting a family. And the mayor, who has promised to try to help Greta, has just the candidate in mind for Wyatt to marry.
Jody Hedlund is the author of over 20 novels and is the winner of numerous awards including the Christy Award, Carol Award, and Christian Book Award. She received a bachelor's degree from Taylor University and a master's from the University of Wisconsin, both in social work. Jody lives in central Michigan with her husband, busy family, and five spoiled cats. She loves hearing from readers on Facebook and on her blog. Learn more at www.jodyhedlund.com.