A Feeling of Home (Paperback) 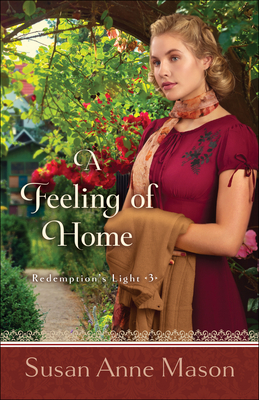 A Feeling of Home (Paperback)


Usually Ships in 1-5 Days
Isabelle Wardrop's well-to-do life has totally unraveled. Within months, she's lost both her parents, her fortune, and her home. With nowhere else to turn, she and her younger sister, Marissa, move in with a trusted former servant in an impoverished area of the city. Needing to look for a job, but having no qualifications, Isabelle is forced to accept help from Dr. Mark Henshaw, the very man she blames for her mother's death.

She lands a job at a Toronto hotel but struggles to adjust and worries about her sister, Marissa, who has started a friendship with a boy and seems uninterested in her schooling. To make matters worse, Marissa's crush is Joshua Henshaw, the doctor's younger brother. Surprisingly, Isabelle finds an ally in Mark, and they team up to prevent the budding romance from ruining the teens' future plans.

Mark has hopes of earning Isabelle's forgiveness and affections. But a startling development in their siblings' relationship may derail any hope they have of starting their own.