A Castaway in Cornwall (Paperback) 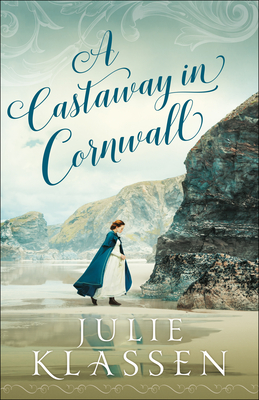 A Castaway in Cornwall (Paperback)


Usually Ships in 1-5 Days
Set adrift on the tides of fate by the deaths of her parents and left wanting answers, Laura Callaway now lives with her uncle and his disapproving wife in North Cornwall. There she feels like a castaway, always viewed as an outsider even as she yearns to belong.

While wreckers search for valuables along the windswept Cornwall coast--known for its many shipwrecks but few survivors--Laura searches for clues to the lives lost so she can write letters to next of kin and return keepsakes to rightful owners. When a man is washed ashore after a wreck, Laura acts quickly to protect him from a local smuggler determined to destroy him.

As Laura and a neighbor care for the survivor, they discover he has curious wounds and, although he speaks in careful, educated English, his accent seems odd. Other clues wash ashore, and Laura soon realizes he is not who he seems to be. Despite the evidence against him, the mysterious man might provide her only chance to discover the truth about her parents' fate. With danger pursuing them from every side, and an unexpected attraction growing between them, will Laura ever find the answers she seeks?
Julie Klassen loves all things Jane--Jane Eyre and Jane Austen. A graduate of the University of Illinois, Julie worked in publishing for 16 years and now writes full-time. Her novels have sold over a million copies and three of her books, The Silent Governess, The Girl in the Gatehouse, and The Maid of Fairbourne Hall, have won the Christy Award for Historical Romance. The Secret of Pembrooke Park was honored with the Minnesota Book Award for genre fiction. Julie has also won the Midwest Book Award and Christian Retailing's Best Award, and has been a finalist in the Romance Writers of America's RITA Awards and ACFW's Carol Awards. Julie and her husband have two sons and live in a suburb of St. Paul, Minnesota. For more information, visit www.julieklassen.com