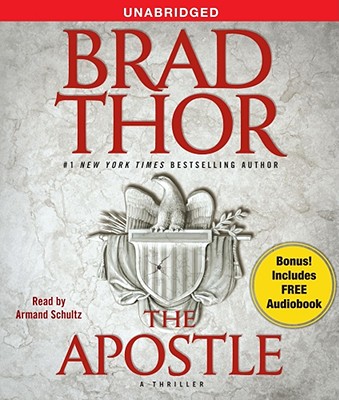 This is book number 8 in the The Scot Harvath Series series.

A new administration and a new approach to dealing with America’s enemies have left covert counterterrorism operative Scot Harvath without a job. But when American doctor Julia Gallo is kidnapped in Afghanistan, the terms of her ransom leave the president with only one course of action.

In a dangerous assignment that the United States government will deny any knowledge of, Scot Harvath must secretly infiltrate Kabul’s notorious Policharki Prison and free the man the kidnappers demand as ransom—al-Qaeda mastermind Mustafa Khan.

But when Harvath arrives, he quickly learns that there is more to the kidnapping than anyone dares to admit. And as the subterfuge is laid bare, Harvath must examine his own career of hunting down and killing terrorists, and ask himself if he has what it takes to help one of the world’s worst go free.

Brimming with the kind of ripped-from-the-headlines authenticity Brad Thor’s internationally bestselling novels are known for, The Apostle doubles down on the blockbuster success of The Last Patriot and reaffirms Thor’s status as the master of the political thriller.
Brad Thor is the #1 New York Times bestselling author of twenty-two thrillers, including Black Ice, Near Dark (one of Suspense Magazine’s Best Books of the Year), Backlash (nominated for the Barry Award for Best Thriller of the Year), Spymaster (“One of the all-time best thriller novels” —The Washington Times), The Last Patriot (nominated Best Thriller of the Year by the International Thriller Writers association), and Blowback (one of the “Top 100 Killer Thrillers of All Time” —NPR). Visit his website at BradThor.com and follow him on Facebook at Facebook.com/BradThorOfficial and on Twitter @BradThor.