A Farewell to Arms (CD-Audio) 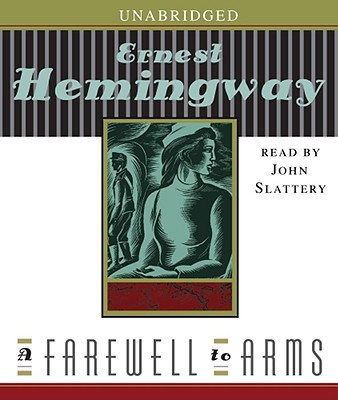 Written when Ernest Hemingway was thirty years old and lauded as the best American novel to emerge from World War I, A Farewell to Arms is the unforgettable story of an American ambulance driver on the Italian front and his passion for a beautiful English nurse. Set against the looming horrors of the battlefield, this gripping, semiautobiographical work captures the harsh realities of war and the pain of lovers caught in its inexorable sweep.

Hemingway famously rewrote the ending to A Farewell to Arms thirty-nine times to get the words right. A classic novel of love during wartime, “A Farewell to Arms stands, more than eighty years after its first appearance, as a towering ornament of American literature” (The Washington Times).

John Slattery has starred on Broadway in Rabbit Hole, Betrayal, and Laughter on the 23rd Floor. Off-Broadway credits include Three Days of Rain (L.A. Critics Award, Drama Desk nom.), and The Lisbon Traviata. On television he has been seen in Ed, K Street, Sex & the City, and Will & Grace. Films include Flags of Our Fathers, Mona Lisa Smile, The Station Agent,Traffic, and Sleepers.