Between Women and Generations: Legacies of Dignity (Feminist Constructions) (Paperback) 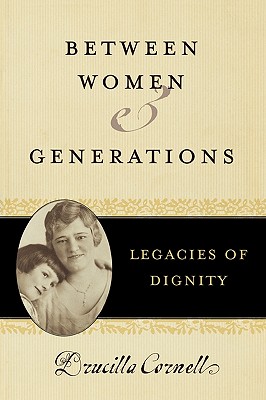 Between Women and Generations: Legacies of Dignity (Feminist Constructions) (Paperback)


Usually Ships in 1-5 Days
Before Drucilla Cornell's mother died, she asked her daughter to write a book, that would bear witness to the dignity of her death and that her bridge class would be able to understand. Shortly thereafter, Cornell's mother, who had degenerative disease, decided to claim her right to die. Forceful, honest, and unsentimental, this is the book that Cornell promised to write. The fundamental argument of Between Women and Generations is that all women have dignity: we must ensure that they have the conditions under which they can claim that dignity in their own lives; even if they are physically harmed or morally wronged, their dignity cannot be lost. Cornell uses the personal as a springboard to discuss contemporary issues concerning women today. She engages with the difficult nature of intergenerational relationships between women by writing about her relationship to her own mother. In telling the story of her adoption of Sarita Graciela Kellow Cornell, her Paraguayan daughter, and of her relationship with UNITY, a cooperative of house cleaners in Long island, New York, Cornelll creates a powerful picture of the legacies of dignity between women and generations.
Drucilla Cornell is professor of political science, women's studies, and comparative literature at Rutgers University.