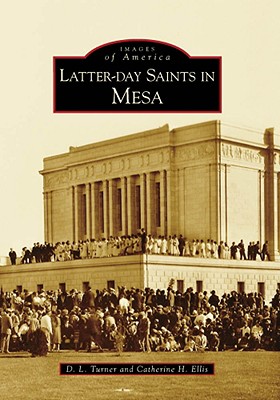 
Email or call for price
The city of Mesa initially began with a tiny colonizing expedition sent from Utah by leaders of the Church of Jesus Christ of Latter-day Saints in 1876. These devoted pioneers and others who followed faced an arduous trek, oppressive heat, and drought but persevered in their mandate. Two years later, Andrew S. Gibbons predicted the Salt River Valley would become the garden spot of Arizona, noting a climate well adapted to raising grapes, cotton, sugar cane, oranges, and olives. Agriculture became the foundation of the town of Lehi, the Salt River Pima-Maricopa Indian Community, and the city of Mesa, now the third-largest municipality in the state of Arizona. This retrospective highlights both the growth of the church in Mesa and the unique experiences of its members from those early days to the modern era.