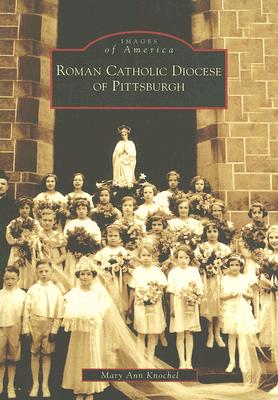 
Email or call for price
Formally established in 1843, the Catholic Diocese of Pittsburgh traces its history back to April 1754, when the first Eucharistic Liturgy was celebrated within what is now Pittsburgh. Franciscan friar Denys Baron established the first Catholic house of worship in this part of the world and dedicated it in honor of the Assumption of the Blessed Virgin Mary. He constructed his small parish at the forks of the Ohio River, and from his meticulous records of baptisms, births, and deaths, there is evidence that he ministered not only to the soldiers of Fort Duquesne, but to people of Native American, Irish, and English descent as well. Roman Catholic Diocese of Pittsburgh illustrates how the seeds planted by this first humble faith community grew a rich Catholic tradition nurtured by (c)migr(c)s from myriad European countries, who brought with them traditions and an unwavering faith that has enriched the southwestern area of Pennsylvania for more than 250 years.