The Diocese of Wilmington (Images of America) (Paperback) 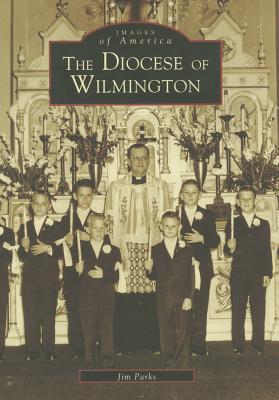 The Diocese of Wilmington (Images of America) (Paperback)


Usually Ships in 1-5 Days
The Catholic faith was first brought to the peninsula that lies between
the Chesapeake and Delaware Bays in the seventeenth century by Jesuit
priests who rode circuit from the Maryland colony, offering Mass and bringing
the sacraments to private homes. As the country grew, so too did the Catholic
community on Delmarva, and many new churches and missions were founded.
From the earliest established church'St. Francis Xavier Mission in Cecil
County, Maryland, founded in 1704--to Salesianum School, the first high
school in Delaware to be racially integrated, from the involvement in the diocese
of American saints John Neumann and Elizabeth Ann Seton to a variety of
religious orders and organizations, these honored institutions and remarkable
individuals helped to shape the minds and spirits of young and old alike
The story of the Diocese of Wilmington, which split off from the Diocese of
Philadelphia in 1868, is not just one of church construction dates--it is the story
of its people. From the colorful settlement of French exiled after a slave rebellion
in Haiti to the New World immigrants of Irish, German, Italian, Polish, and
later, Hispanic descent, the Catholic community in the region has been diverse,
vibrant, and steadfast in a shared faith. From its humble beginnings, the diocese
has grown to serve a population of more than 190,000 members with 56 parishes,
20 missions, and 37 schools and has fostered a strong civic tradition in athletics,
theater, and community festiva.