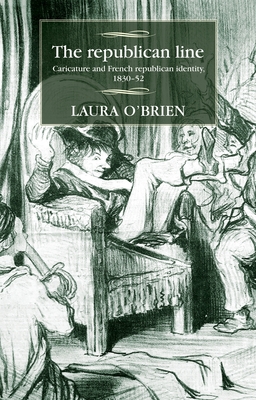 
Usually Ships in 1-5 Days
The years between 1830 and 1852 were turbulent ones in French politics - but were also a golden age for French political caricature. Caricature was wielded as a political weapon, so much so that in 1835 the French politician Adolphe Thiers claimed that 'nothing was more dangerous' than graphic satire. This book is the first full study of French political caricature during the critical years of the July Monarchy (1830 - 48) and the Second Republic (1848 - 52). Focusing on the crucial question of republicanism, it shows how caricature was used - by both republicans and anti-republicans - to discuss, define and articulate notions of republican identity during this highly significant period in modern French and European history. At the heart of this book is a reassessment of the failure of republicanism in mid nineteenth-century France. In exploring contemporary debates about what it meant to be a republican - and the meaning of the republic itself - through the medium of caricature, satire and other forms of political-cultural discourse, The republican line offers a unique perspective on both the development of French republican identity and the place of caricature in the political culture of modern France. This book will appeal not only to scholars of nineteenth-century France, but also to specialists and students interested in art history, politics, and cultural studies.