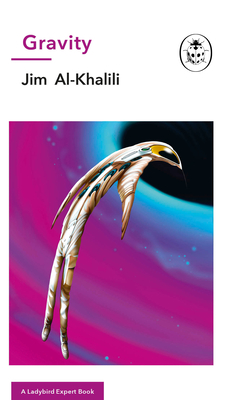 - What is Gravity?
- How does it work?
- And why are there extreme gravitational environments?

EXPLORE how gravity controls the shape of space and the passage of time itself, influencing the history and destiny of the entire Universe.

IT'S SO MUCH MORE THAN 'WHAT GOES UP MUST COME DOWN.'

Discover the vast and momentous effects of this profound force on the world around us. Written by celebrated physicist and broadcaster Jim Al-Khalili, Gravity is a fascinating and authoritative introduction to a phenomenon as familiar to us as breathing.

Jim Al-Khalili, OBE FRS, is a physicist, author, and broadcaster based at the University of Surrey. He received his PhD in theoretical nuclear physics in 1989 and has published more than 100 research papers on quantum physics. His many popular science books have been translated into 26 languages. He is a recipient of the Royal Michael Faraday medal and the Institute of Physics Kelvin Medal. In 2016 he received the inaugural Stephen Hawking Medal for Science Communication.

Jim Al-Khalili has done an admirable job of condensing the ideas of quantum physics from Max Planck to the possibilities of quantum computers into brisk, straightforward English - - The Times