The Sophia Code: A Living Transmission from The Sophia Dragon Tribe (Hardcover) 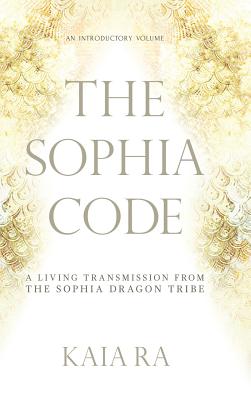 The Sophia Code: A Living Transmission from The Sophia Dragon Tribe (Hardcover)

A declaration of your sovereign divinity, The Sophia Code is a visionary ­sacred text for the Divine Feminine Christ movement sweeping the planet now. This book is a living transmission encoded with direct revelations to activate your important role as a revolutionary wayshower for humanity's ­awakening.

- Reveals and activates the crystalline chromosomes of your divine genome for embodying the sovereignty of your Higher Self.

- An introductory volume presenting a modern-day mystery school curriculum for mentoring your highest potential with The Sophia Dragon Tribe.

- Receive directly downloaded Divine Feminine revelations from the Ascended Masters, orders of angels, and Star Nations for embodying your Higher Self.

- Meet Sophia's highest angelic seraphim: The Sophia Dragons, who are Creatrix Mothers and angelic guides for actualizing your sovereignty.

- Initiates you into a global community of Lightworkers moving as one golden dragon of Sophia Christ consciousness fo co-creating Heaven on Earth.