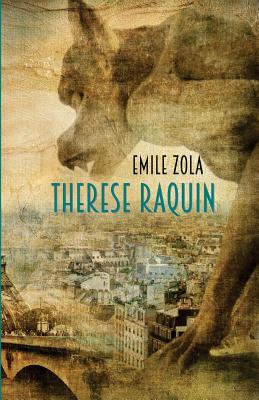 "By merging elements of the gothic and tragic...Zola created a work of enduring fascination." Anna Winter, THE GUARDIAN

First published in 1890, Therese Raquin -- Emile Zola's classic tale of forbidden love and murder -- has served as the basis for television programs, radio plays, operas, movies (including 2013's In Secret starring Jessica Lange and Elizabeth Olsen), and stage plays (including the 2015 Broadway production starring Keira Knightley). The story follows impoverished orphan Therese Raquin, forced to marry a sickly cousin, until her life changes when she meets the charismatic Laurent -- and the two fall into love and madness, plotting and carrying out her husband's murder, with unexpected consequences.

Emile Zola (1840-1902) was a French novelist, playwright, and journalist. He is identified with a literary movement called naturalism that endeavored to accurately depict everyday life. Author Tom Wolfe said of him, "My idol is Emile Zola. He simply could not, and was not interested in, telling a lie."