From God's Monster To The Devil's Angel: Life of a Chicago Gang Member (Paperback) 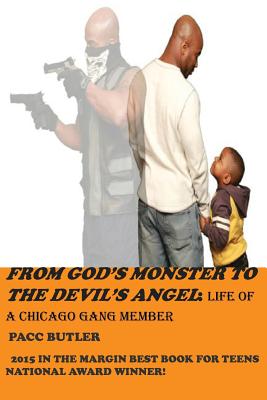 From God's Monster To The Devil's Angel: Life of a Chicago Gang Member (Paperback)


Usually Ships in 1-5 Days
(This book cannot be returned.)
Most boys would love to have a former Chicago Bear player as a father. For me, it wasn't glamorous being thrown and kicked around like a football. He wasn't my hero. He was a monster. When he tossed me out, I became just like him. When I was born my crack addicted mother was seventeen. My father was thirty-six, and married to another woman. My father divorced his wife and kids to pursue a relationship with my mother. My mother escaped the abuse by leaving us when I was six. With no one else to abuse, my father committed unspeakable acts of violence against me. I was athletically gifted. I played sports to stay away from my abusive home. I ended up becoming one of the best football players in Chicago, but it was not enough to keep me out of the life of crime. At sixteen, I was put out on the gang ridden streets. Gang life seemed to be the only way for a homeless kid to survive. I ended up joining one of the most murderous gangs in Chicago. My memoir details many near death experiences as I come of age on the deadly streets of Chicago. The tumultuous gang life caused me to become oblivious to the person in the mirror. One violent act committed by my gang made national headlines. A retired Chicago policeman entered my life and attempted to steer me in the right direction. Time was ticking as this cop tried to undo all the negativity that I had acquired on the streets. Later, my father was murdered in his home Common sense pointed to his violent, gang banging son, with an axe to grind.