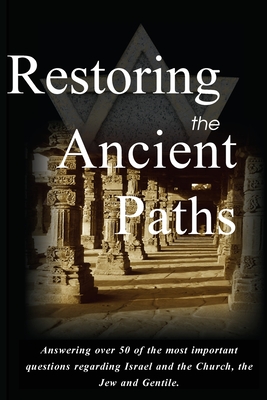 Since the Jewish people have had a central role in the birth of Christianity, the reader will discover an ancient treasure in our study, the people whom God calls His Chosen People. Also, the foundation and history of Christianity will crystalize in the context of Jewish and Christian history. One will realize that Institutional Christianity became filled with aberrations that redefined the understanding of the kingdom and its relationship between the New Testament Church and the Jewish people and Israel.

For instance, when we explore Institutional Christianity and Rabbinic Judaism, we find a deeply hidden relationship that has long existed between the Jew and Gentile that has not been discovered for almost two millennia. Part of this is found in the Biblical and prophetic connection between the Jewish people and the nations, and the Gentile's to the Jewish foundation of New Covenant faith.

And as many revivals and awakenings have occurred throughout Christian Church history, none have been so targeted on reconnecting the Jewish root to New Covenant faith on such a scale as in our modern time. In unprecedented ways, Jews and Gentile are finally joining with each other.

For Gentile believer's a reclamation is underway. They are finding original elements of the Christian foundation, or the Hebraic root of the Christian faith; a systematic reorientation of Jewish understanding from the New Testament. We also have is a kind of learning underway, one not from the Jewish order of things forward as it was supposed, but from a New Testament body journeying back. For this reason, it is a homecoming of sorts as she comes to understand her true Biblical forefathers (Shelosha Avot) Avraham, Yitzchak and Ya'akov.

For centuries Jewish understanding was sanitized from Church. Now ancient components as the Biblical Feasts, the blowing of shofars, the revival of Hebrew praise and worship, the observance of the Saturday Sabbath, (the day in which we are commanded to rest on the seventh day) is common place. Scriptural truths and principle today are being reinserted in the light of Hebraic interpretation, while the richness of Jewish text from the earliest days of Christianity is re-emboldened.

Putting a puzzle together can be fun and challenging. In this work you discover an historical puzzle, one that is both providential and strategic. Essentially, one discovers a schematic of a long-standing plan of God in relationship to the Jewish people, and the destiny of the Gentile.

Both Biblical and human history has long demonstrated times of important connections linking the Jew and Gentile together. Times where the Gentile played an influential role, and seminal events that literally determined his or her own blessing. Genesis 12:3 for instance, "I will bless those who bless you, and whoever curses you I will curse."