The Human Evolutionary Transition: From Animal Intelligence to Culture (Hardcover) 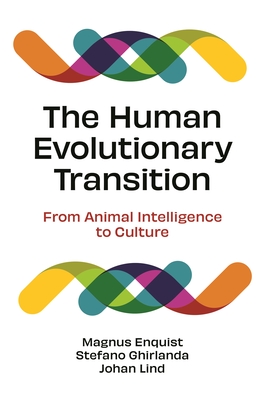 The Human Evolutionary Transition: From Animal Intelligence to Culture (Hardcover)

The Human Evolutionary Transition offers a unified view of the evolution of intelligence, presenting a bold and provocative new account of how animals and humans have followed two powerful yet very different evolutionary paths to intelligence. This incisive book shows how animals rely on robust associative mechanisms that are guided by genetic information, which enable animals to sidestep complex problems in learning and decision making but ultimately limit what they can learn. Humans embody an evolutionary transition to a different kind of intelligence, one that relies on behavioral and mental flexibility. The book argues that flexibility is useless to most animals because they lack sufficient opportunities to learn new behavioral and mental skills. Humans find these opportunities in lengthy childhoods and through culture. Blending the latest findings in fields ranging from psychology to evolutionary anthropology, The Human Evolutionary Transition draws on computational analyses of the problems organisms face, extensive overviews of empirical data on animal and human learning, and mathematical modeling and computer simulations of hypotheses about intelligence. This compelling book demonstrates that animal and human intelligence evolved from similar selection pressures while identifying bottlenecks in evolution that may explain why human-like intelligence is so rare.
Magnus Enquist is professor of ethology and director of the Centre for Cultural Evolution at Stockholm University. Stefano Ghirlanda is professor of psychology at Brooklyn College and the Graduate Center, City University of New York. Johan Lind is associate professor of ethology and deputy director of the Centre for Cultural Evolution at Stockholm University.