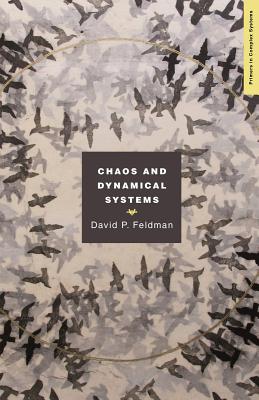 Chaos and Dynamical Systems presents an accessible, clear introduction to dynamical systems and chaos theory, important and exciting areas that have shaped many scientific fields. While the rules governing dynamical systems are well-specified and simple, the behavior of many dynamical systems is remarkably complex. Of particular note, simple deterministic dynamical systems produce output that appears random and for which long-term prediction is impossible. Using little math beyond basic algebra, David Feldman gives readers a grounded, concrete, and concise overview.

In initial chapters, Feldman introduces iterated functions and differential equations. He then surveys the key concepts and results to emerge from dynamical systems: chaos and the butterfly effect, deterministic randomness, bifurcations, universality, phase space, and strange attractors. Throughout, Feldman examines possible scientific implications of these phenomena for the study of complex systems, highlighting the relationships between simplicity and complexity, order and disorder. Filling the gap between popular accounts of dynamical systems and chaos and textbooks aimed at physicists and mathematicians, Chaos and Dynamical Systems will be highly useful not only to students at the undergraduate and advanced levels, but also to researchers in the natural, social, and biological sciences.
David P. Feldman is professor of physics and mathematics at the College of the Atlantic. He is the author of Chaos and Fractals: An Elementary Introduction.