Discipline and Punish: The Birth of the Prison (Paperback) 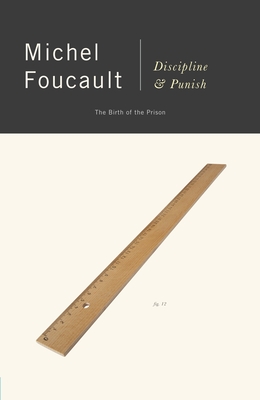 Discipline and Punish: The Birth of the Prison (Paperback)


Usually Ships in 1-5 Days
A brilliant work from the most influential philosopher since Sartre.

In this indispensable work, a brilliant thinker suggests that such vaunted reforms as the abolition of torture and the emergence of the modern penitentiary have merely shifted the focus of punishment from the prisoner's body to his soul.
Michel Foucault was born in Poitiers, France, in 1926. He lecturerd in universities throughout the world; served as director at the Institut Francais in Hamburg, Germany and at the Institut de Philosophi at the Faculte des Lettres in the University of Clermont-Ferrand, France; and wrote frequently for French newspapers and reviews. At the time of his death in 1984, he held a chair at France's most prestigious institutions, the College de France.