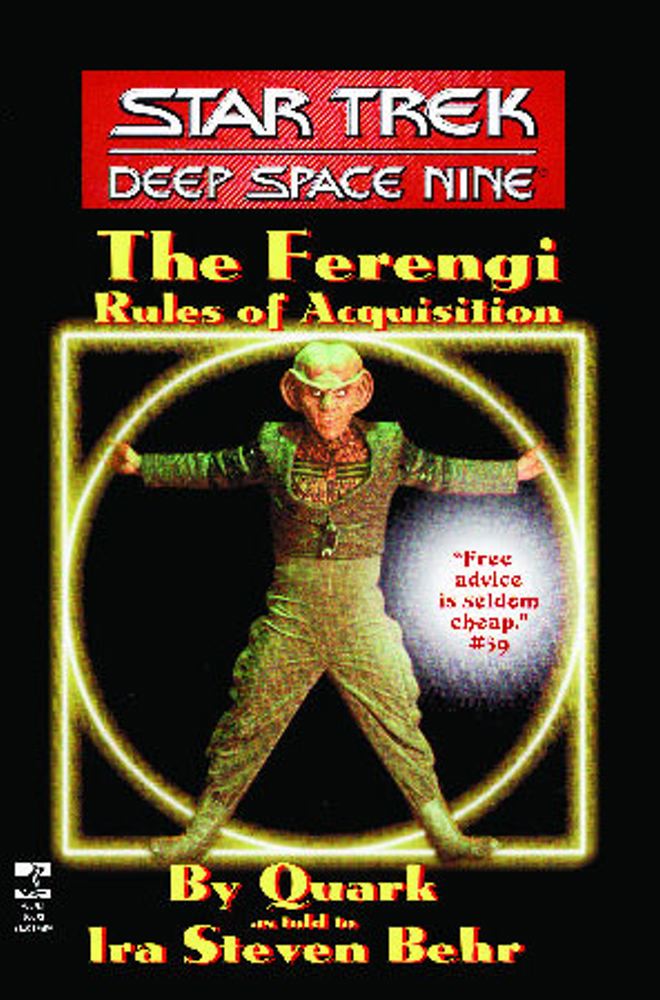 
Usually Ships in 1-5 Days
The Ferengi are greedy, avaricious, ruthless, cowardly and completely unscrupulous. For centuries the famous Ferengi Rules of Acquisition have been the guiding principles of the galaxy's most successful entrepreneurs. These 285 Rules of Acquisition range from,
#1 "Once you have their money, never give it back."
to
#21 "Never place friendship before profit."
These rules and hundreds more have taken many successful Ferengi to new frontiers of profit.
Ira Steven Behr is executive producer of Star Trek: Deep Space Nine. Behr has been an integral creative force on the show since its inception in 1993. A graduate of Lehman College in New York City, Behr studied Mass Communications and Theater, and was offered a playwriting scholarship at Brandeis University. Instead, Behr elected to move to Los Angeles and pursue a career in writing for television and film.