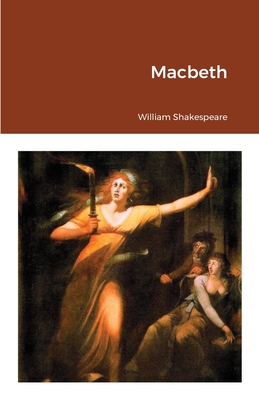 
Usually Ships in 1-5 Days
(This book cannot be returned.)
"Macbeth" is Shakespeare's shortest tragedy that does not feature diversions or subplots. It is set in Scotland where Macbeth is serving the rule of King Duncan. The story recounts how Macbeth takes power by killing the King, portraying a tale of a blind ambitious rise in status, as well as its consequential destructive fall from grace. It is a timeless story of greed that is relevant today as it was in about 1600 when Shakespeare wrote his play. It is no wonder that high school and college literature students are assigned this text-"Macbeth" offers a rich story that is at times characterized by selfishness, betrayal, and jealousy-formidable human emotions that lend themselves to literary critique and analysis.