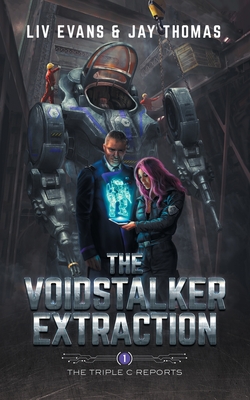 The galaxy is a dangerous place. Habitable planets are controlled by powerful factions, and the space between them is fair game for pirates and expansionists alike. The best way to get ahead in the Void is by hiring mercenary companies to use their ships and mechs to claim and defend territory.

Most mercenary groups are run by morally gray upstarts who will do anything for the right price. One company is the exception: the Triple C. Led by former mech pilot Henri Durroguerre, it has gained a reputation for honoring contracts and minimizing collateral damage.

Astera Ramos, a runaway turned mech pilot, is new to the Triple C. Eager to prove herself, she volunteers for a supposedly straight-forward reconnaissance job on Baldalan that quickly turns deadly.

After guiding Astera back to safety, Henri realizes that the fatal contract was not as simple as the Kolos Admiralty made it out to be. He recruits Astera to help him uncover what is happening on Baldalan, and the Triple C unwittingly becomes entangled in a sinister plot that threatens to disrupt the balance of power in the Void.