Adventures of a Jackeroo (Paperback) 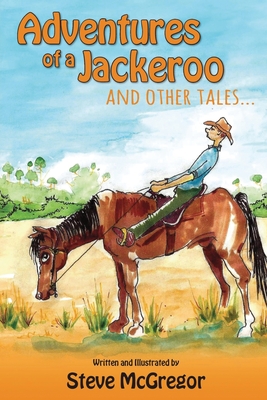 Adventures of a Jackeroo (Paperback)

A fun book about bush life in Australia

This book, The Adventures of a Jackeroo, is set in the early 1950's when bush life in Australia was a bit rougher than it is today. It will carry you along with Bruce from Bondi, a city boy who decides to become a Jackeroo, a trainee property manager, specialising in sheep and a few million flies. Based in the far west of New South Wales near a town called Enngonia Bruce lives on Booleroo Sheep Station and gets into quite a few scraps and also learns a few things the hard way.

You will read about...

Bruce trying to catch a sheep called Rancid the Ram which is a bit too much for him to handle. He also clambers aboard a stock horse called Bob the Brumby and learns that it is easy to get him to go but very hard to steer him let alone get him to stop. Bruce also tries himself out as a tennis player at a Country Tennis match with disastrous results and as a cricketer (in a Country Cricket match) with a decided lack of success. Mind you not all of Bruce's escapades end in disaster and the stories are funny and the illustrations are a great addition to the tale of Adventures of a Jackeroo. An ideal book for a laugh and all readers who want to know about bush life as well as visitors to Australia.