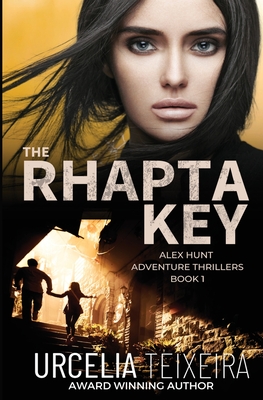 When fear stands between you and your enemy, what do YOU do?

Alex hasn't left the safe confines of her home in three years. Instead, she's thrown herself into her career as an archaeological researcher with a prominent British university where her archaeologist father works.

But then her father disappears under sinister circumstances while working on a case. With his fate in her hands, forced out of hiding, she battles her worst fears and travels to the last place he was seen alive; Tanzania, Africa.

Tasked to go with her, the inexperienced Sam Quinn joins her on an action-packed adventure through the treacherous African Savannah where an abundance of danger, fear, and heartache confront them head on. As they come face to face with sabotage, crime, and betrayal that will test their inner strength and will to survive, the pair takes on an enemy they never saw coming.

Inspired by actual historical facts and places, the Alex Hunt archaeological adventure thriller series will take you on dangerous faraway adventures that will leave you thrilled, inspired and informed all at once.