The Last Gentleman Adventurer: Coming of Age in the Arctic (Paperback) 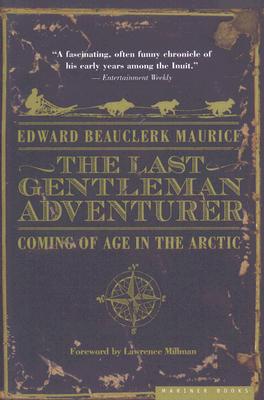 The Last Gentleman Adventurer: Coming of Age in the Arctic (Paperback)


Usually Ships in 1-5 Days
At sixteen, Edward Beauclerk Maurice impulsively signed up with the Hudson's Bay Company -- the company of Gentleman Adventurers -- and ended up at an isolated trading post in the Canadian Arctic, where there was no communication with the outside world and only one ship arrived each year. But he was not alone. The Inuit people who traded there taught him how to track polar bears, build igloos, and survive ferocious winter storms. He learned their language and became completely immersed in their culture, earning the name Issumatak, meaning “he who thinks.”

In The Last Gentleman Adventurer, Edward Beauclerk Maurice relates his story of coming of age in the Arctic and transports the reader to a time and a way of life now lost forever.

EDWARD BEAUCLERK MAURICE, after serving in the New Zealand navy during World War II, became a bookseller in an English village and rarely traveled again. He died in 2003, as this book was being readied for publication.

"A fascinating often funny chronicle of his early years among the Inuit." Entertainment Weekly —