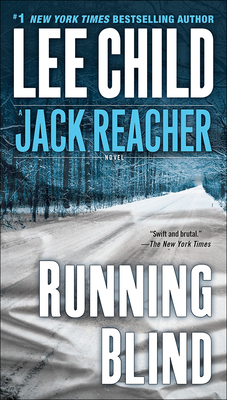 This is book number 4 in the Jack Reacher Novels series.

Jack Reacher races to solve the perfect crime in the fourth novel in Lee Child's "New York Times" bestselling series.
Across the country, women are being murdered, victims of a disciplined and clever killer who leaves no trace evidence, no fatal wounds, no signs of struggle, and no clues to an apparent motive. They are, truly, perfect crimes. In fact, there's only one thing that links the victims. Each one of the women knew Jack Reacher and it's got him running blind.

Lee Child is the author of eighteen Jack Reacher thrillers, all international bestsellers, including the #1 "New York Times" bestsellers "A Wanted Man," "The Affair," "Worth Dying For," "61 Hours," "Gone Tomorrow," "Bad Luck and Trouble," "Nothing to Lose," and "One Shot," as well as the short stories Deep Down and Second Son. An award-winning author worldwide, Child recently garnered the prestigious Diamond Dagger from the Crime Writers Association for an outstanding body of work in crime fiction, and has also won the Anthony, Barry, and Nero awards. He is co-president of the International Thrillers Writers and former president of the Mystery Writers of America. Foreign rights in the Reacher series have been sold in more than forty territories. A native of England and a former television director, Child lives in New York City, where he is at work on his next Jack Reacher thriller."