Drums That Dance in the Dark (Paperback) 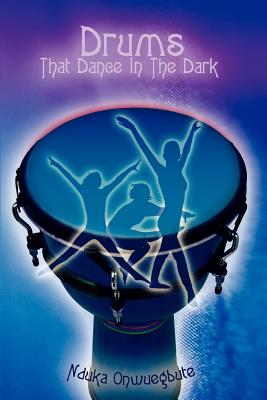 Drums That Dance in the Dark (Paperback)

Utse has just realised her son's fate because he danced, violating the taboo of dancing (the third to meet such mysterious circumstances). History is about to repeat itself and the tragedy to come is all too familiar.

Her daughter, Gada, sets loose the emotions that come to the fore. But while Utse and her husband, Malleah, fight against the odds, the seeds of betrayal know no bounds. Utse and her husband put the wheels in motion to reinforce the ban, but then behind their every turn, sedition prevails. Utse's is the cry of war, war with the family she loves, war on the home front. And when all is done, the men walk free, leaving Utse to come to terms with her innocent daughter.

"Drums that Dance in the Dark" was first written in 1994, performed 1995, as a competition entry entitled "The Last Dancer's Will". An update version was written in 1997 called: "Dancing the Fool". The original performance never made it to the competition because the powers that be had vested interests elsewhere.

It is ironic, and disgracefully tragic, that the same ills this play explores come to hold its publication for another 12 years.