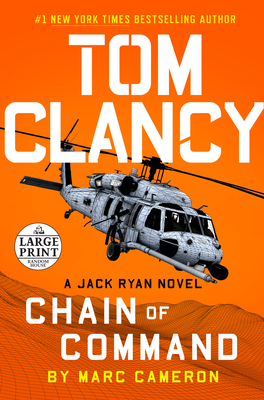 This is book number 21 in the A Jack Ryan Novel series.

The United States has stared down many threats with President Jack Ryan at the helm, but what if he’s not there when we need him? That’s the question facing a nation in the most shocking entry in Tom Clancy's #1 New York Times bestselling series.

A shadowy billionaire uses his fortune to further his corrupt ambitions. Along the way, he’s toppled democratically elected governments and exacerbated divisions within stable nations. The competitors he’s destroyed, the people he’s hurt, they’re all just marks on a ledger. Now, he’s ready to implement his most ambitious plan of all. There’s only one force standing in his way—President Jack Ryan.

How do you compel a man like Jack Ryan to bend? He’s personally faced down everything from the Russian navy to cartel killers. It will take more than political headwinds or media disfavor to cause him to turn from his duty to the American people, but every man has an Achilles heel. Jack Ryan’s is his family.

The answer is as simple as it is shocking. The billionaire has assembled an international team of the most ruthless mercenaries alive. Their mission—kidnap the First Lady.
A little more than thirty years ago, TOM CLANCY was a Maryland insurance broker with a passion for naval history. Years before, he had been an English major at Baltimore's Loyola College and had always dreamed of writing a novel. His first effort, The Hunt for Red October, sold briskly as a result of rave reviews, then catapulted onto the New York Times bestseller list after President Reagan pronounced it "the perfect yarn." From that day forward, Clancy established himself as an undisputed master at blending exceptional realism and authenticity, intricate plotting, and razor-sharp suspense. He passed away in October 2013.

A native of Texas, MARC CAMERON spent almost thirty years in law enforcement. He served as a uniformed police officer, mounted (horse patrol) officer, SWAT officer, and a U.S. Marshal. Cameron is conversant in Japanese, and travels extensively researching his New York Times-bestselling Jericho Quinn novels. Cameron's books have been nominated for both the Barry Award and the Thriller Award.