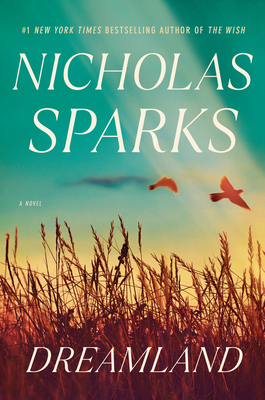 
Usually Ships in 1-5 Days
From the #1 New York Times bestselling author of The Wish comes a poignant love story about risking everything for a dream—and whether it’s possible to leave the past behind.

Colby Mills once felt destined for a musical career, until tragedy grounded his aspirations. Now the head of a small family farm in North Carolina, he spontaneously takes a gig playing at a bar in St. Pete Beach, Florida, seeking a rare break from his duties at home.

But when he meets Morgan Lee, his world is turned upside-down, making him wonder if the responsibilities he has shouldered need dictate his life forever. The daughter of affluent Chicago doctors, Morgan has graduated from a prestigious college music program with the ambition to move to Nashville and become a star. Romantically and musically, she and Colby complete each other in a way that neither has ever known.

While they are falling headlong in love, Beverly is on a heart-pounding journey of another kind. Fleeing an abusive husband with her six-year-old son, she is trying to piece together a life for them in a small town far off the beaten track. With money running out and danger seemingly around every corner, she makes a desperate decision that will rewrite everything she knows to be true.

In the course of a single unforgettable week, two young people will navigate the exhilarating heights and heartbreak of first love. Hundreds of miles away, Beverly will put her love for her young son to the test. And fate will draw all three people together in a web of life-altering connections . . . forcing each to wonder whether the dream of a better life can ever survive the weight of the past.
Nicholas Sparks is the author of twenty-three books, all of which have been New York Times bestsellers. His books have been published across more than fifty languages with over 150 million copies sold worldwide, and eleven have been adapted into films. He is also the founder of the Nicholas Sparks Foundation, a nonprofit committed to improving cultural and international understanding through global education experiences. He lives in North Carolina.