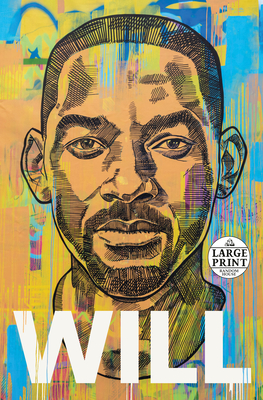 By Will Smith, Mark Manson (With)

“It's the best memoir I've ever read.” —Oprah Winfrey

“Will Smith isn't holding back in his bravely inspiring new memoir . . . An ultimately heartwarming read, Will provides a humane glimpse of the man behind the actor, producer and musician, as he bares all his insecurities and trauma.” —USA Today

Winner of the NAACP Image Award for Outstanding Literary Achievement

One of the most dynamic and globally recognized entertainment forces of our time opens up fully about his life, in a brave and inspiring book that traces his learning curve to a place where outer success, inner happiness, and human connection are aligned. Along the way, Will tells the story in full of one of the most amazing rides through the worlds of music and film that anyone has ever had.

Will Smith thought, with good reason, that he had won at life: not only was his own success unparalleled, his whole family was at the pinnacle of the entertainment world. Only they didn't see it that way: they felt more like star performers in his circus, a seven-days-a-week job they hadn't signed up for. It turned out Will Smith's education wasn't nearly over.

This memoir is the product of a profound journey of self-knowledge, a reckoning with all that your will can get you and all that it can leave behind. Written with the help of Mark Manson, author of the multi-million-copy bestseller The Subtle Art of Not Giving a F*ck, Will is the story of how one person mastered his own emotions, written in a way that can help everyone else do the same. Few of us will know the pressure of performing on the world's biggest stages for the highest of stakes, but we can all understand that the fuel that works for one stage of our journey might have to be changed if we want to make it all the way home. The combination of genuine wisdom of universal value and a life story that is preposterously entertaining, even astonishing, puts Will the book, like its author, in a category by itself.
Will Smith is an actor, producer, and musician, and a two-time Academy Award nominee and Grammy and NAACP award winner, who has enjoyed a diverse career encompassing films, television shows, and multiplatinum albums. He holds many box office records, including the most consecutive $100 million–grossing movies (eight). He and his wife founded the Will & Jada Smith Family Foundation to improve lives by providing invaluable resources to accelerate the growth of initiatives that focus on deepening individual and collective empowerment in
the areas of arts and education, social empowerment, health and wellness, and sustainability.

Mark Manson is the number one New York Times bestselling author of Everything Is F*cked: A Book about Hope and The Subtle Art of Not Giving a F*ck: A Counterintuitive Approach to Living a Good Life. Manson’s books have been translated into more than fifty languages and have sold over twelve million copies worldwide. Manson runs one of the largest personal-growth websites in the world, markmanson.net, with more than two million monthly readers and half a million subscribers.