Aurora: The Psychiatrist Who Treated the Movie Theater Killer Tells Her Story (Hardcover) 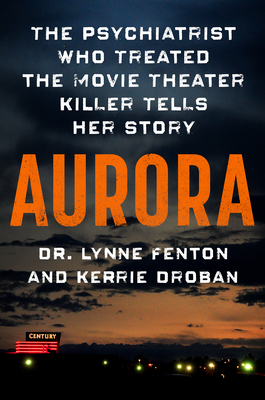 Aurora: The Psychiatrist Who Treated the Movie Theater Killer Tells Her Story (Hardcover)


Usually Ships in 1-5 Days
A compelling look at violence and trauma from the psychiatrist who treated mass shooter James Holmes, perpetrator of the infamous movie theater massacre.

As an expert and speaker on mass shootings and gun violence, Dr. Lynn Fenton knew it was impossible to “spot a killer.” But when she met her new patient, troubled grad student James Holmes, the hair on her arms stood up. She feared he was going to kill. Yet she could find no way to thwart him.

A few months later, Holmes struck: he entered a packed movie theater and opened fire, killing twelve people and wounding seventy; some were left brain damaged, several were paralyzed for life. Immediately the familiar debates reignited: The crisis of mental health access. More restrictive gun laws vs more “good guys with guns.” The morality of the death penalty. The legitimacy of the insanity defense.

But what about the victims and bystanders whose lives would never be the same? Dr. Fenton’s memoir is a voice for them. Her inability to thwart Holmes’s mass murder made her a scapegoat and elicited innumerable death threats. Her chilling account provides an intimate look at her life before and after the Aurora massacre, as well as alarming insight into the sinister patient who called himself “fear incarnate.” With unprecedented access to thousands of pages of documents, audio and video recordings, trial transcripts, medical records, and notes, Aurora attempts to answer the question Holmes himself posed in his infamous notebook: “Why? Why? Why?”
LYNNE FENTON, MD, served as Chief of Physical Medicine of the US Air Force during Operation Desert Storm. After military service, she returned to train at the University of Colorado Medical School and eventually completed a psychiatry residency followed by a research fellowship in brain imaging. She has remained at the university, seeing patients in many clinics, as well as training psychiatry residents and medical students.

KERRIE DROBAN is a criminal defense attorney and the award-winning author of several true-crime books, one of which was made into a television series called Gangland Undercover. She is a national speaker and expert consultant on criminal pathology, organized crime, and outlaw motorcycle gangs.
“We rarely glimpse inside the minds of mass murderers, much less the minds of the professionals who crawl into them. Here, Dr. Lynne Fenton chronicles her deep dive into a genuine madman’s nerve center—and the personal price she paid for it. Aurora is a vital, important book that captures the human and legal confusion in the aftermath of mass murder. It can’t bring the dead back to life, but it can make you feel the terror. It takes your breath away.”—Ron Franscell, bestselling author of The Darkest Night and ShadowMan

“The harrowing story of a woman who saw violence on the horizon but was powerless to prevent it. This book is disturbing on multiple levels.”—Peter Langman, PhD, author of Warning Signs: Identifying School Shooters Before They Strike

“Insightful, brilliant, and unflinching, Aurora sheds light on America’s most disturbing and inexplicable crimes—mass shootings. The authors have created a page-turner that both fascinates and educates. This in-depth study of random violence will serve as a wake-up call to help prevent future massacres.”—Leslie Rule, bestselling author of true crime, including A Tangled Web: A Cyberstalker, A Deadly Obsession, and the Twisting Path to Justice

“Aurora is a captivating descent into a mind without a conscience and the tightrope walk of the psychiatrist trying to bring him back from the brink. When he committed a mass murder, shock and pain reverberated through a whole community including his former psychiatrist, who was scapegoated without mercy. A vivid and disturbing read that will haunt you for days.”—Diane Fanning, bestselling author of true crime, including Death on the River

“A terrifying inside portrait of the Aurora, Colorado, movie theater killer from the psychiatrist who treated him in the months prior to the massacre.”—Peter Vronsky, author of American Serial Killers