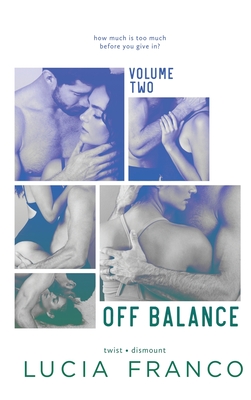 Adrianna and Kova let caution fly for love despite the odds. The one place where they should never feel alive is where they find complete absolution.

Though the dynamics shift between coach and gymnast, nothing can prepare them for the agonizing truth. There is no atoning for what Kova did. The vow he made cannot be undone. With his devastating betrayal lingering, Adrianna must become her own champion and place her dream ahead of all else. In doing so, she ignores the warning signs as both the extreme training and unending heartbreak begin to take their toll.

Unable to stand by as Adrianna continues to jeopardize herself, Kova surrenders to what she needs most. With boundaries set and lines defined, the beautifully anguished man who's been at Adrianna's mercy giving her everything she's demanded, has no choice but to walk away.

Fighting for a dream becomes only half the battle when Adrianna's fate is sealed, leaving them both with their biggest challenge yet. As Adrianna fights for her life, Kova battles for them both. No one is left unscathed as they succumb to their darkest hunger, creating an endless link between them. Adrianna must soon realize life is more than an Olympic dream. But in order to salvage them both, she will first have to save herself.