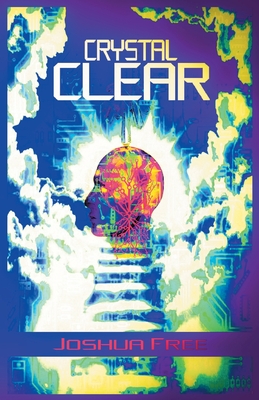 Take control of your destiny and chart the first steps toward your own personal spiritual evolution. Realize new potentials for the Human Condition in Self-Honesty. Reclaim the freedom of the spirit and achieve Ascension in this lifetime with a manual of techniques and teachings so profound, that its effectiveness has been deemed "Crystal Clear."

NexGen Systemology is grounded on foundations extending back to the original inception of current "systems" inherent in our modern world. These records--mostly maintained on cuneiform tablets from Mesopotamia--are the "Arcane Tablets" within Systemology literature and its predecessor, Mardukite Zuism, described in "Tablets of Destiny: Using Ancient Wisdom to Unlock Human Potential" by Joshua Free.

The deepest meanings realized of the "Arcane Tablets" are only now being actualized toward a full application of a "futurist spiritual technology" for the first time in modern history. And as we travel this Pathway we are constantly reminded of how many elements on this journey are all too familiar--and realize that we have actually charted this adventure once before. But, of course we have--for this is, and always has been, the Adventure of Self.

With Joshua Free's "Crystal Clear Self-Defragmentation Course" a Seeker may learn to free the Self from lower levels of personal fragmentation and programming; to apply Will-Intention to the fullest extent from outside lower "systems"; and live without regard of former fragmentation and erroneous programming concerning personal ability and responsibility accumulated during this lifetime. The way out is always the way through; not avoidance, neglect or indifference--which only mark a path to ignorance.

When a Seeker attains actualized Awareness outside of physical existence, therein alone lies the true personality of the Spirit, the individuated "I" that is Self. This is the state of Self free of worldly fragmentation. The Seeker has extended the reach of Awareness and the ability (and responsibility) of Self-direction from the point of WILL as Cause in the Universe, rising above lower planes of Effect and Desire.

Every technique and Self-Processing method contained within Crystal Clear targets personal management of emotion, memory and thought, assisting Seeker's to regain Self-control of these systems. We are not using Systemology to condition ourselves into some false sense of grandeur; we are using it to systematically remove fragmentation that undeniably reveals the "Unconditioned Self", the very Alpha state of our true spiritual Beingness. There is no higher purpose or demonstration of the "Great Work" available.

Every cultural mythology, pantheist tradition and spiritual paradigm in history has attempted to be the route toward Ascension. We are in the 21st century now, beginning a decade of 2020's--and it is time we brought some clear 20/20 vision to the "I" that is Spirit, and actualize a new realization of the Human Condition that unfolds the latent genetic and spiritual potential that is waiting to advance us toward attaining the state of Homo Novus in this lifetime

This is the most important thing an individual can be doing right now for themselves, for family, for society, for all Life on planet Earth--and to every sphere of influence and existence that we can extend our reach in Self-Honesty to Infinity.